Chapter 94 was established on November 16, 2013 in Wilmington, Delaware. This 501(c)(3) non-profit organization is the Delaware affiliate of the National Association for Black Veterans, Inc.

Nolan S. Lewis is the founding Commander of Chapter 94. In November 2013 Nolan and five other Charter members established the Delaware affiliate of the National Association for Black Veterans Incorporated. Delaware was the 94th Chapter to join the National organization since its creation in 1969.

In October 1977 Nolan joined the U.S. Military; where he spent 3 years in Germany and 3 years on home soil. As a honorably discharged  veteran, Nolan returned to school where he earned dual degrees in Management Information Systems (MS) and Business Administration (BA). Shortly after he was employed by the State of Delaware.

With an enormous passion to help others, Nolan is no stranger to community activism, and has maintained memberships in the following capacities: 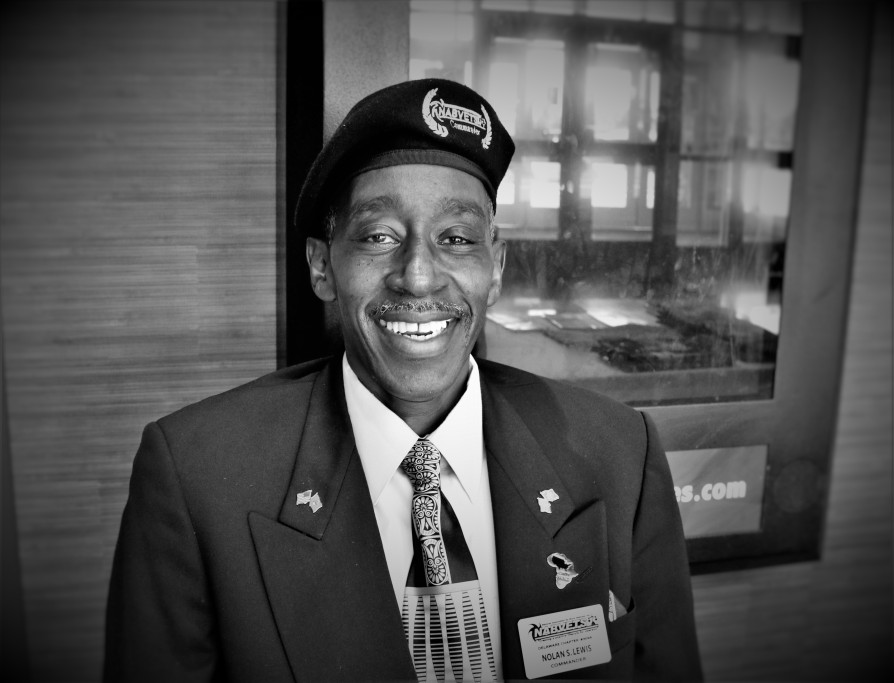 He strategically advocates for underserved veterans and their families, hold a position on the Delaware Gun Violence Task Force Committee, and strives to protect the rights of Delawareans as NABVETS State Commander. As a certified Veteran Services Officer—VSO, Nolan also has office hours at the Wilmington Veteran Affairs Medical Center and the 1212 Club in Wilmington, Delaware.

“No matter where black veterans are or what they are doing, they recognize that they have a voice in NABVETS and, in that voice, an unyielding champion for justice; and that no matter what the issues or obstacles are, NABVETS will do all it can to protect their rights, promote their cause and restore their dignity; and, in so doing, empower those veterans to make a lasting and positive impact in their communities.”

We Are Yesterday. We Are Tomorrow. We Are Earth. We Are Sky. We Are All Things. But Most Of All, We Are Proud Men and Women Today!

This site uses Akismet to reduce spam. Learn how your comment data is processed.